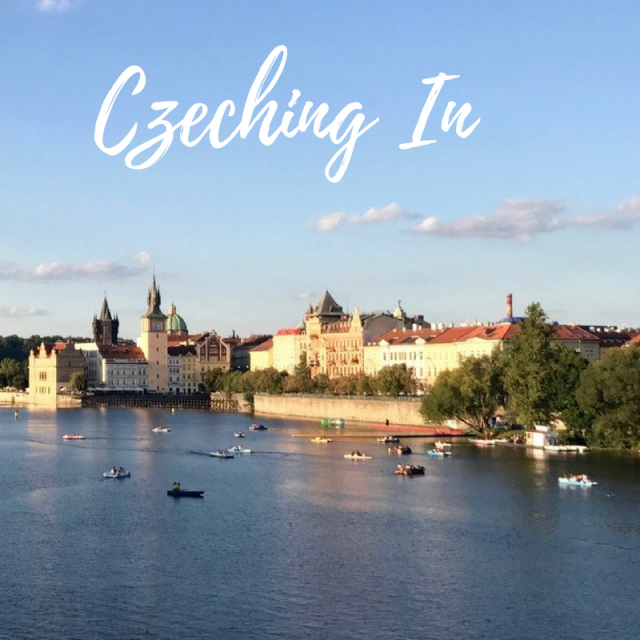 The days leading up to Prague were filled with anxiety, excitement, and uncertainty. I really had no idea what to expect or how the first couple weeks would be. It was hard to imagine what it would be like to live in a foreign country and to be honest, the whole leaving the country thing did not sink in until finally landing in Prague. However, after being here for a little over a week, I can confidently say I have adjusted and learned a few VERY important things.

1. Home is Where the Hummus is

During our second day in Prague my roommates and I decided to take on the grocery store.  Normally I enjoy grocery shopping and find it very therapeutic, but here in Prague it is a completely different story. We walked into the major grocery store called Tesco and were instantly lost. Small, crowded, uncoordinated isles and Czech labels made for a very stressful outing. After walking around for at least a half hour, taking fifteen of those minutes trying to find peanut butter, we managed to get some groceries feeling slightly defeated. Still recovering from a traumatically humorous day of errands, some friends and I were walking around the next day and stumbled into a Marks and Spencer. Everything was in english because it is a British grocery store and we instantly felt at home. We managed to find hummus and it was probably the highlight of our day. I have never been so happy to see hummus or pre cut carrots. It gave us hope for the grocery trips to come.

It is intimidating to move your life to a new country when you know pretty much nothing and nobody. The transition was surprisingly easy and learning what places to go has been quite the journey. Not having a routine and being clueless as to what to do has been a little hard, but some of my best experiences so far have come spontaneity. One night a group of friends and I stumbled upon this small Italian restaurant for dinner. We were starving and it was late but I ate some of the best past that night. After finishing dinner we asked our waitress for suggestions of places to go. We talked for a little and before we knew it she invited us to go out with her and a friend. Even though we were exhausted, we could not say no. How often does your waitress take you out for drinks?? They took us to this underground bar that looked like something from the movies. There was a maze of rooms, live music, and really interesting people. The entire time all of us were in shock with the current situation and had one of the best nights.

The Czechs are a very interesting group of people. I am almost one hundred percent sure most of them despise Americans because of our extreme cultural differences. During orientation we were informed that we have to be cautious of our noise levels because the Czechs are very sensitive to sound. They have strict quiet hours from 10pm to 6am and typically keep to themselves. Just by walking around, you can tell that they are more reserved and do not talk so the entire world can hear them. The younger generation is pretty easy going, but the older generation is very cold. It makes sense because they lived through some rough times, but they are not welcoming (especially the checkout ladies at Tesco) and generally have no interest in talking to us Americans.

4. No Means Yes in Czech

This is important. Remember it.


Dalia B. is the Fall 2017 MOJO Blogger in Prague, Czech Republic. She is currently a Junior studying Film & Digital Media at UC Santa Cruz.  Read more about our CEA Content Creators.
Leave a comment
Newest on top Oldest on top
Load more comments
Thank you for the comment! Your comment must be approved first