The Courgette vs. Zucchini Debacle 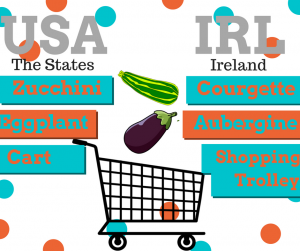 Have you ever felt like you were right in a situation, and everyone else was wrong? Well, it’s one thing to feel right with your friends or classmates, but try going to a whole new country and feeling right… Fair warning you will not get far.

I feel like the Christopher Columbus of words, I am discovering a whole new world (and language) that was right across the Atlantic Ocean this whole time. If you asked me six months ago about why I picked Ireland to study abroad, the well known fact that it is an English speaking country was definitely a reason. But now I am here, and I am receiving a vocabulary lesson in English, far more often than I did when I was in grade school… 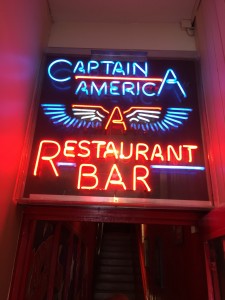 I live with four lovely roommates, and one of them is from Ireland. She and I often quarrel about what a word may mean, and most of the time it ends with the statement “I do not live under a rock, yes I know what that means,” coming from her. 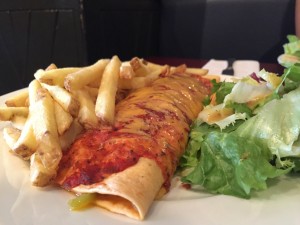 My first and most memorable lesson in Irish vernacular, came while sitting in a Captain America restaurant. We were discussing the vegetables in our Veggie Fajitas, when everything came to a stop. I was arguing we had pickles in our Fajitas, and she told me it was a “courgette”. Not only had I never heard this word before, I had no idea what it meant! So the trusty internet came to the rescue with Google images of a “courgette”, and what did I see in front of me? A zucchini! And that’s what I called it when I saw the image, but the face of confusion that had previously been on my face was now on my Irish roommate's face. And then, the great world debate of a “courgette” vs. a “zucchini” began. And to make a long story short, I the American was labeled wrong and therefore the “courgette” won.

This was my first of many daily encounters of language barriers. I am learning the local uses and terms as I go, but it has been quite an eye opener to learn how different such common, everyday items have two completely different references. 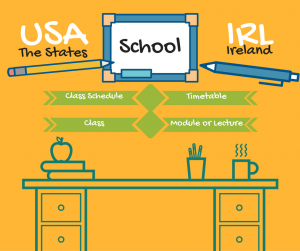 Not only does each country have its own terms that they use, but we each have different customs for everyday life that differ as well. Somethings you might want to know before you come over: it is not customary to tip in a restaurant here, and know proper etiquette for a bus. My fellow American’s I have some shocking news for you: we are loud people. And it appears the entire world, except us, is much, much quieter. So if you fancy a helpful tip listen up! You need to talk much, MUCH quieter when in public or on a bus over here, because it is very apparent that you are American (and I can promise you it is not your accent giving you away). 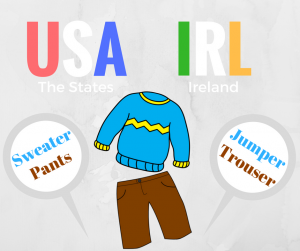 I am adjusting every day, and continue to challenge every new words I hear, but I still lose those battles because I have to remember I am outnumbered and the Irish have their ways, just as much as any other country would. I’ve known English all of my life, and I am in an English speaking country, but I still need translator while I am here.

Victoria K. is the Fall 2016 CEA MOJO Blogger in Dublin, Ireland. She is currently in her second year studying Marketing and Accounting at the University of Southern Indiana.

Victoria Krug is the Fall 2016 CEA MOJO Blogger in Dublin, Ireland, and is currently studying at University of Southern Indiana .
Leave a comment
Newest on top Oldest on top
Load more comments
Thank you for the comment! Your comment must be approved first