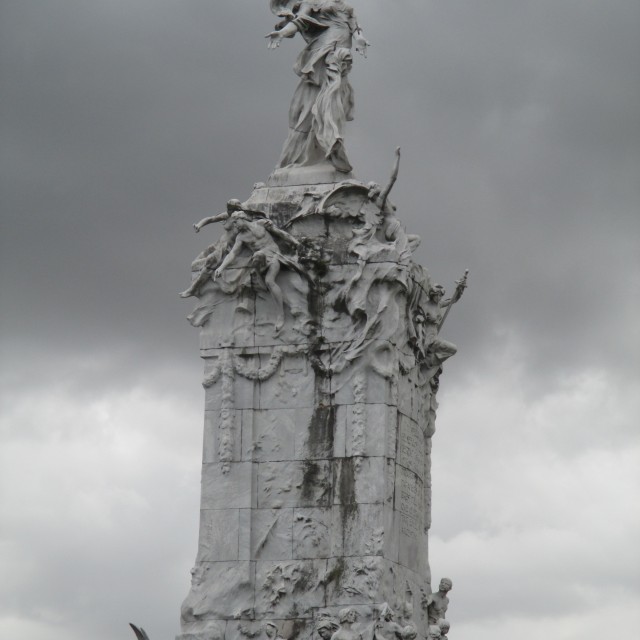 There is one thing that makes a would-be study abroad student turn heel and run from a country they would otherwise jump at the chance to go - the dreaded language barrier. What happens when you’re stuck in a foreign place and can’t communicate, or you don’t know how to ask for something at a restaurant, or can’t find the right shampoo at the grocery store because you can’t read?

The reality is that language barriers, as intimidating as they seem, are more like a small fence than the Great Wall of China. When I first got to Buenos Aires, I ran into my fair share of problems concerning the language. I thought I was going to be able to have fairly good conversation skills after having learned Spanish for a few years. I was wrong. For the first two weeks I very quietly stumbled around the city trying to listen before I spoke because I didn’t want to get it wrong. I asked for the wrong things in restaurants and was surprised (sometimes pleasantly) when a completely different dish ended up in front of me. I bought fabric softener instead of detergent at the grocery store because I couldn’t quite read the label correctly. When I needed to ask someone for directions I used my limited Spanish along with quite a lot of hand flailing and facial expressions.


After a while, I came to the conclusion that if I was going to actually learn Spanish, I had to try to speak it first. I said what I could, and at first many times it came out wrong. I became frustrated because it was difficult to have conversations deeper than the basic Spanish that I had learned in school. There were days when I completely gave up and decided to write in my journal instead of speaking out loud because I couldn’t convey, in depth, what I wanted to say to people.

The thing is, after two weeks it stopped. They say (whoever they are) that it takes two weeks to become comfortable with a language, and they’re right. I can now sit with my host mom, who speaks no English, and talk with her for several hours about complicated subjects. I’m confident trying to haggle with the local market vendors or getting into a taxi and telling him exactly which way to go so they don’t take the long way around.


I’m not saying I’m perfectly fluent by any means. I still stumble over sentences once in a while and find myself searching for the right word or the right conjugation. But there are always people who are willing to correct you on the language, and who won’t do it in a condescending way. They’re usually excited you’re learning their language and are willing to help with that missing accent or unknown word. I’ve finally reached the dreaded language barrier and all I need to step over it, is the believing that I can.