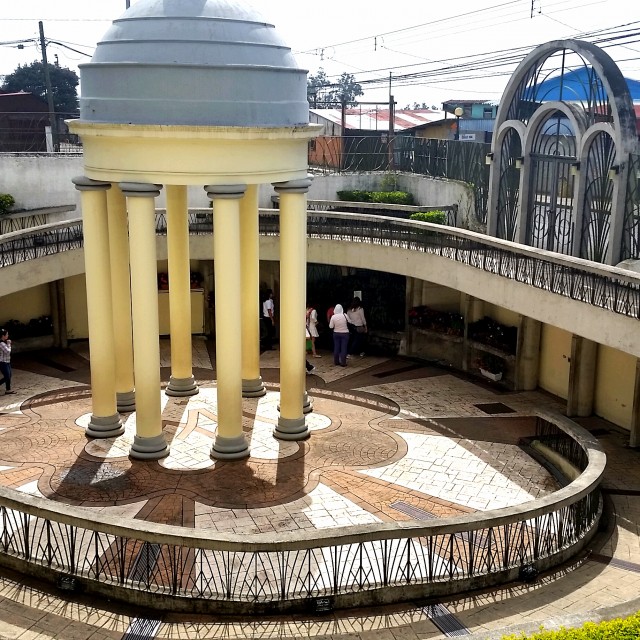 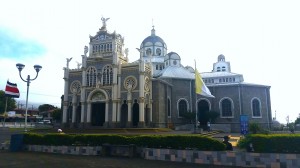 Catholicism is deeply ingrained in Latin American and Costa Rican culture and identity. Even though many young Costa Ricans consider themselves agnostics or ‘mente abierta’ (open minded), the traditions and symbols of Catholicism can still be widely seen throughout the country. One common Latin American tradition based in Catholicism is that each country or region has its own patrona, its own version of the Virgin Mary. 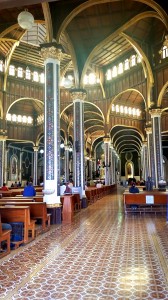 Since I know next to nothing about Catholicism in general, I won’t go into the specifics on this practice. This blog post will be dedicated to my trip to the Basilica de los Ángeles, the home of la patrona de Costa Rica, the Virgin do los Angeles or La Negrita, in the formal capital city, Cartago. 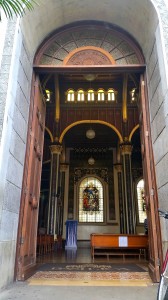 Cartago is a short bus ride from San José, just about 25 kilometers. Cartago was the capital of Costa Rica until 1824 when it was changed to San José, triggering the Costa Rican civil war. The Basilica de los Ángeles was built in 1912 on this spot where La Negrita was originally spotted in 1635. It is said that she was found at this site by a local girl, who, upon finding a small rock in the shape of Mary holding a baby, took it home with her. It then miraculously returned to the same spot. This event was reported to a local priest, who locked the figure in the church and still found it had reappeared in the same spot the next day. A shrine was then built around the site, and later, the church. 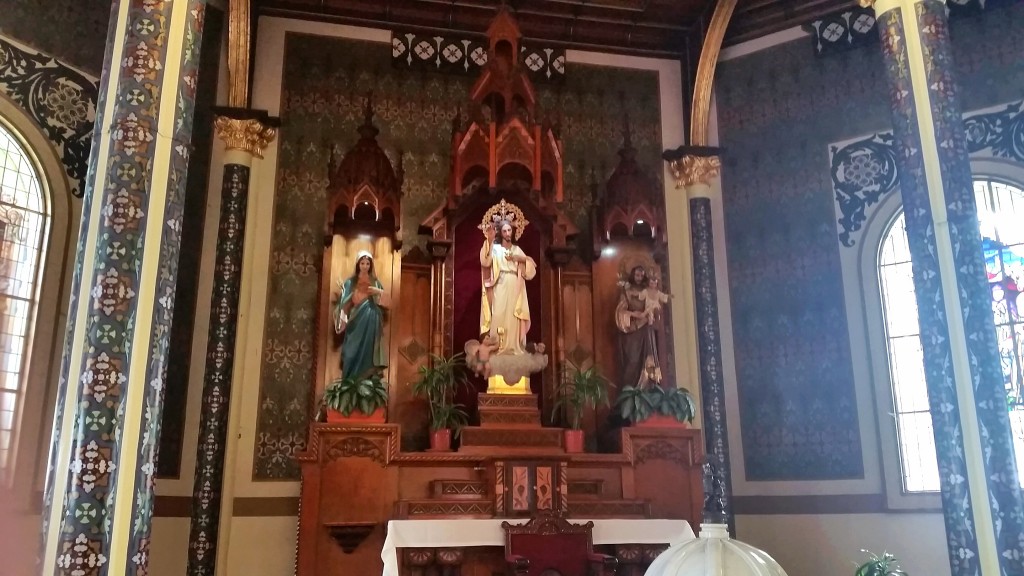 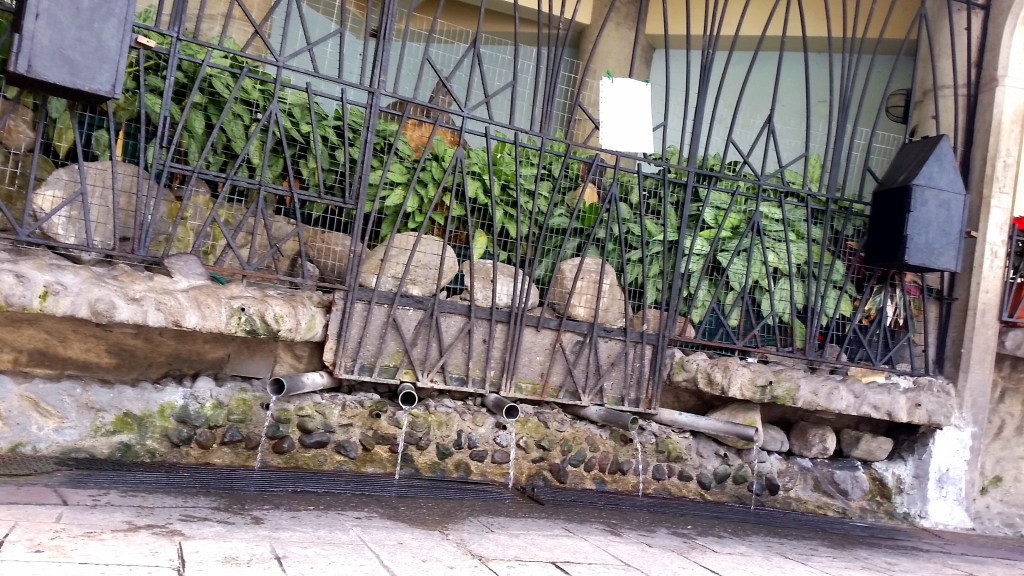 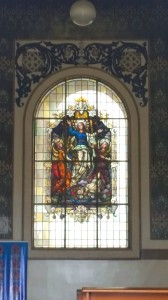 The church is huge and beautiful, full of stained glass windows, statues and a shrine to La Negrita. Looking closely at the images, you can see that the designs on the pillars and walls are detailed hand paintings.In the back of the church is a garden reached by descending a spiral ramp. In the garden itself, you can find a statue tribute to La Negrita. 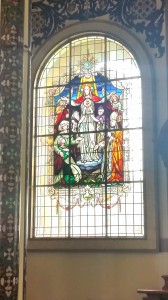 In the courtyard, next to a small gift shop, is the stone where La Negrita is said to have been found. The water that flows from this spot is naturally clean, and some come to this spot to drink or wash in the holy water. Walking back up the ramp is a large quote on the side of a wall.
Even being non religious, and not knowing much about Catholicism, my trip to the Basilica de los Ángeles en Cartago showed me how religion is embedded in Latin American culture and what some of the corresponding traditions are. I would highly recommend this trip to anyone passing through Cartago, or is looking to take a short day trip. This breathtaking church is a sight well worth seeing. 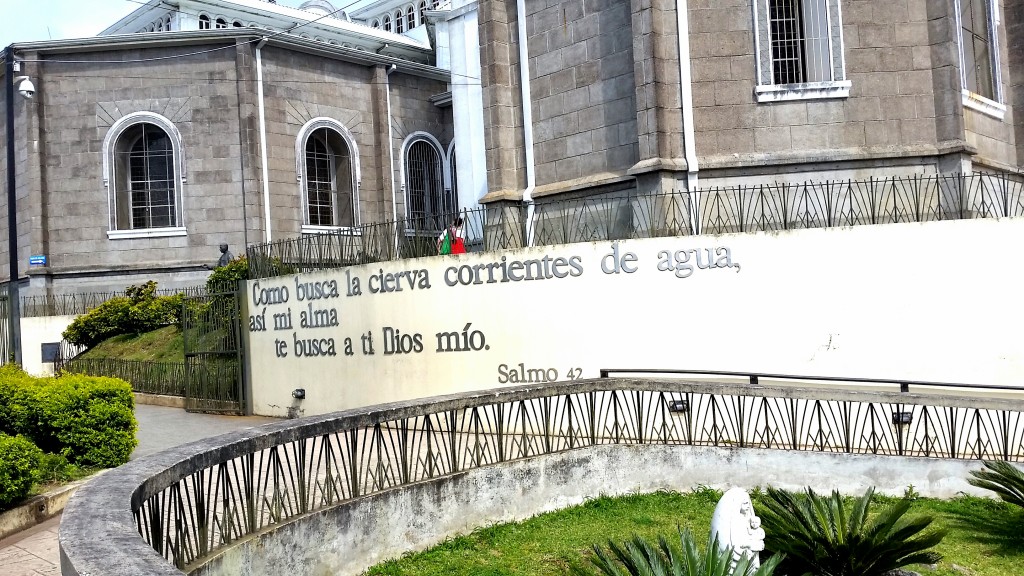 Cailin Hodgins Guentz is the Spring 2015 CEA MOJO Blogger in San José, Costa Rica. She is currently a senior at University of Wisconsin-La Crosse. Read more about our CEA Content Creators.
Leave a comment
Newest on top Oldest on top
Load more comments
Thank you for the comment! Your comment must be approved first